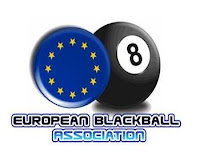 Up until this point the thinking of the EBA Committee has been that it was best for all if the UK government made a decision that events such as the Nations Cup would be banned from happening . The reason for this was that we had received advice that in the case of a government ban there was a possibility that accommodation, boat fares and flights monies could be reclaimed. We also have had to consider the possibility of financial penalties being imposed on the EBA by the SPA if the event was cancelled by ourselves, rather than by government. We thought such a statement would have been forthcoming from the government after the last meeting of their Cobra committee and like many others we were amazed no such decision was announced.

Obviously we assume such banning orders will be put in place soon by the government but due to the uncertainty this policy is creating among our members we now feel it is time the EBA officially cancelled the event and as a result will have to accept any consequences of doing so.

We also have considered the fact that even if the event were to go ahead the numbers attending due to nations/teams and individual players deciding not to attend would be of such a low number that the event itself would no longer hold any credibility.

Finally and foremost, this decision has been taken with the well being of players and officials being of paramount importance to the EBA, to carry on with the event would have been a total neglect of our duty of care to every player.

We trust you will understand this decision has been taken with great regret by the committee, but we would encourage you to support us in that decision.

In regard to the 2020 AGM obviously it is no longer will be feasible to hold it in Bridlington on the proposed date. A new date and venue will be circulated when a suitable venue close to an international airport has been secured. I imagine that the meeting will not take place now for a few months when hopefully things will be a lot better

Trevor Harte
EBA secretary on behalf of the EBA committee