STATEMENT FROM OUR CHAIRMAN 29TH OCTOBER 2022

Dear Members of the EBA,
On August 2nd 2022 the EBA committee and Nation Reps met and found that the Ireland Blackball Association (IBA) was in breach of Article 7, Paragraph 3 of the EBA Constitution 3 which states “All members must recognise the EBA as the only controlling body for the game of Blackball on the continent and must prohibit their players taking part in any national, continental or international competition that has been identified by the EBA as being detrimental to the interests of the Association in performing this task or to the unity of the game of Blackball. In no case will players compete in representation of their countries in events that have not been sanctioned by the EBA.” They breached this because they had announced that they were sending players to a BI Blackball tournament in Morocco which was at the same time as the World Championships held in Albi and this was detrimental to the EBA, who had democratically left BI. The EBA at this point suspended the IBA as EBA members and requested the IBA to retract their attendance to the Blackball event in Morocco within 7 days of receiving the letter, and if they did not do that we would invoke Article 8 (Disciplinary of Members and Expulsion), Section 8.2, Subsection iii giving the EBA the power to expulse the IBA. the Article 8, Section 8.2, Subsection iii states “Refusal to comply with the provisions of the constitution and its associated regulations”
On the August 10th 2022 the IBA responded saying that the EBA had no authority in sanctioning the IBA in attending the event in Morocco and that the event was not detrimental to the EBA. The EBA then responded back on August 21st explaining why the event in Morocco was detrimental to the EBA World Championships in Albi, and how we did have the right to sanction Ireland under our constitution. At this point the EBA invoked “Article 8, Section 8.2, Subsection iii” and expulsed the IBA giving them 2 months to fix the situation and not attend the event in Morocco. We stated that if they attended Morocco we would have no choice but to make their expulsion permanent. There has been no response to date to this letter and as we all know Ireland did attend Morocco and have had the blessing from the IBA.
So it is with a heavy heart that I have to announce that, Ireland Blackball Association (IBA) is no longer a member of the EBA.
Yours in sportSean Rumbado, EBA Chairman
The European Blackball AssociationSecretary: Gillian RolstonEBA email: europeanbb@outlook.com web site: http://www.eba-pool.org 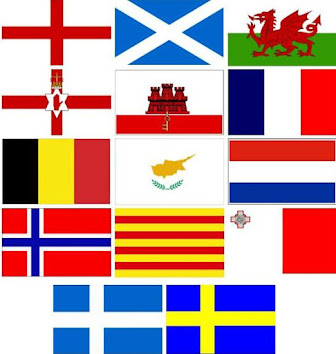